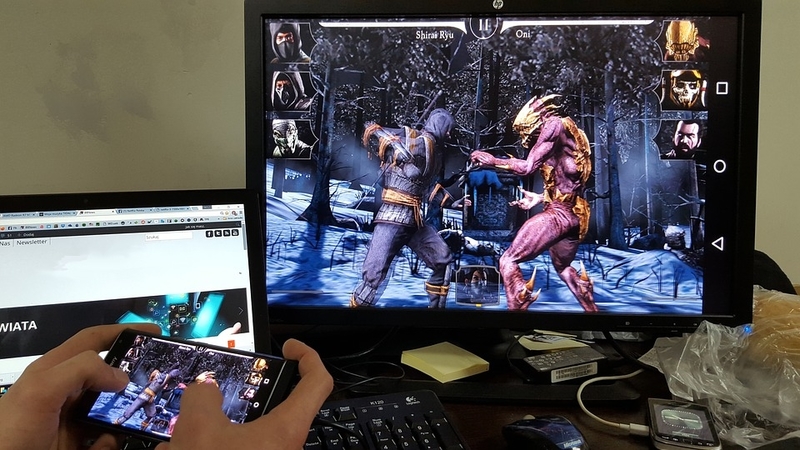 You use your Android device nearly all the time throughout the day. But sometimes you stop and think: “Can I play Android games on my PC?” Of course, when you come back home to your PC or stop over a cup of coffee in Starbucks with your laptop, you want things to be as easy, straightforward, and fun as on your Android smartphone. Hefty PC games take up much memory and CPU power, and you can never experience them to the fullest if you want a quick game on the go. Wouldn’t it be great to use something as simple and familiar as your Android app on your computer? What if thousands of free apps on Google Play Store were available on your laptop after a couple-minute download? Luckily, many users have been trying to transfer the smartphone and tablet experience on their laptops.

Old Android sharks say that the oldest emulator for this OS to install on the planet Earth is BlueStacks. Back in the day when it was introduced to the general public, it was buggy and a bit tiresome because you had to click buttons like Accept/Continue/Proceed for, like, thousands of times or so before you get to run any app. Yet, there was no other answer to the question of how to play Android games on PC for the time being. The easy part is that it makes the Google Play variety accessible on your computer just like on the smartphone. The time goes by, and for now, BlueStacks still enjoys the top 10 Android emulators rating worldwide.

The brand never underestimates itself; they say that billions of Android apps are played on their platform monthly and that they run 6 times faster than Samsung Galaxy S9+. Impressive, right? Indeed, it is  better to play some games on PC than on the phone or tablet. Yet, on the flip, many users admit that their computers heat up after an hour of using BlueStacks, just like their Android phones. Well, looks like you’ve got to sacrifice something to have a full-screen mode, which is a rare feature for Android emulator even today. Then again, if you’re not satisfied with the BlueStacks heating thing or anything, you can go pro with this emulator and choose how many CPU cores and how much RAM you’d like to use with the BlueStacks.

So we searched for How to play Android games on PC and came across an interesting trend. We reviewed hundreds of comments, and we must say that the surprisingly large part of their authors were rather attracted to Nox than to BlueStacks or anything else, and most users seemed to be completely satisfied with its operation. One of the cool features of Nox is that it’s like an all-in-one Android emulator. It simply means that not only you can enjoy playing Android games on your PC but also use pretty much anything you can find on Google Play, including apps that use a camera. You can even stream your gaming process.

Nox works perfectly even if the laptop is of simpler setup or serves you quite a few years. As soon as you download it, you’ll be asked to assign Android operation to a computer keyboard or mouse. For example, you can assign the Swipe Right move to a right-click of the mouse button. This process is simple and takes only a few seconds. Once you get used to new buttons, you can use your favorite apps to the fullest. Though, many players advise using a joystick for the best experience.

If you’re a high-end user and you’re not satisfied with the most popular emulator apps described above, you might run Android with the help of a more advanced version. You may want to download Android Studio or Android SDK (Software Development Kit). It’s a developer’s console for making and testing apps for Android on your computer. Both are absolutely free plus include many other possibilities like upgrading your OS version or increasing the performance abilities of your device.

If you want to run Android apps on the desktop, what you’ll need is only one part of this whole kit. Also, you’ll need to install the Java or Oracle environment if you’ve got a Windows computer. Android Studio is easy to download and doesn’t require any special knowledge. However, if you decided to have just a working Android environment, you can download just the SDK zip file and make a few more steps to get it working. When opening the SDK manager, you’ll want to choose Android SDK Platform-Tools, Android SDK Tools, Google USB Driver. Then, set the PATH by editing system requirement variables. Going through all those steps might be not as straightforward as just install and run the previous emulators. Yet, users leave very good feedback about working or playing with Android SDK. Plus, you can learn some extra tips and tricks about Android games and test them right away on your computer. Who knows, maybe you’ll even create your own versions of the programs that will work best for you!

Learning how to transfer the apps and games from the smartphone experience to a computer screen might be useful in many ways. So you can enjoy a lot more games on your PC or laptop than you would otherwise. You can also benefit by using many interesting tools and programs available on Android by having it on your desktop. Although, picking a good emulating software might not be an easy task at first. Yet, when you get a hands-on experience of testing various emulators, you’ll surely choose the one that you like the most. Eventually, you might not just play Android games on PC, but end up performing many more tasks on your computer than you thought you would.

Most Popular Questions About Android Games on PC

Can I play Android games on my PC?

Android apps are built to operate specifically in this OS environment, while your PC has another OS like Windows, Mac or Linux. Although, it’s possible to download an Android emulator software on your PC, which mimics the operation of the smartphone or tablet. By doing this, playing Android games on PC becomes possible.

How do I play Google play games on my PC?

To do this, you’ll need special software that enables playing Android games on PC. Programs like this are called emulators. Download it from the trusted website, install, and run. After signing into your Google account, you’ll be able to use Google Play store as usual, except on your PC.

How can I convert Android games to PC?

Most of the Android games will run smoothly on PC if you play them through an Android emulator software. However, you should also mind that different apps require different system specifications. That’s why check the Settings menu of your already installed emulator and see if the corresponding parameters are turned on. Those could be the 64-bit availability or the use of a certain CPU configuration.

To download Android games on PC, you need to download an emulator, install, and run it first. Then, log into your Google account when you’re inside the emulator app. It will then redirect you to Google Play, where you can download your favorite apps. Once you’ve done that, you can enjoy playing those apps on your PC.